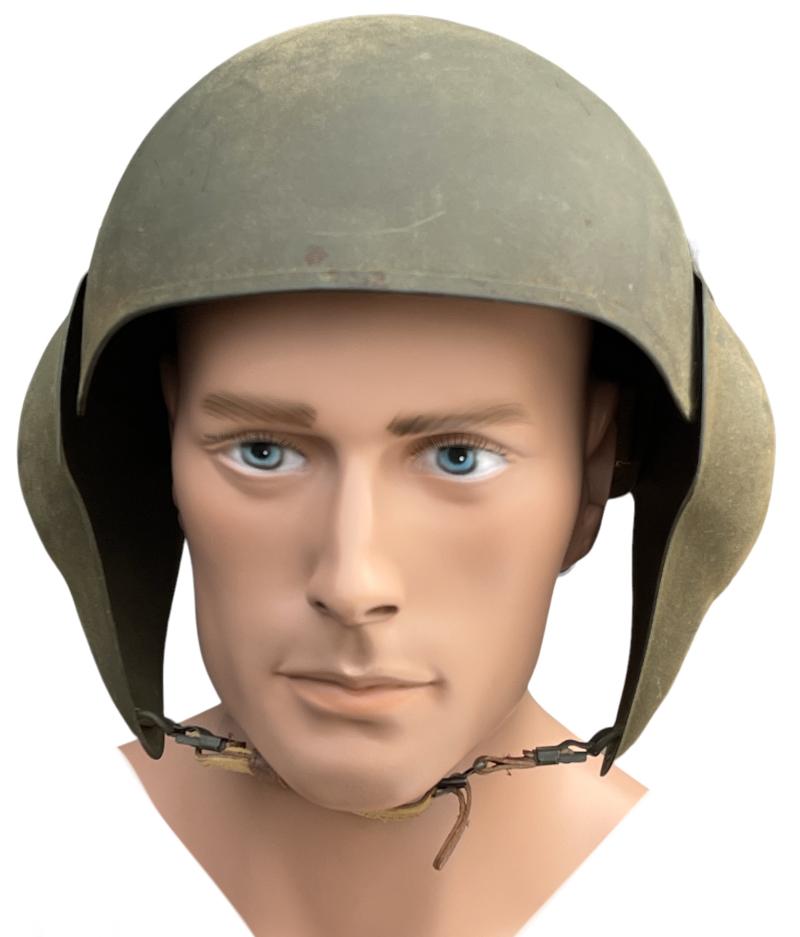 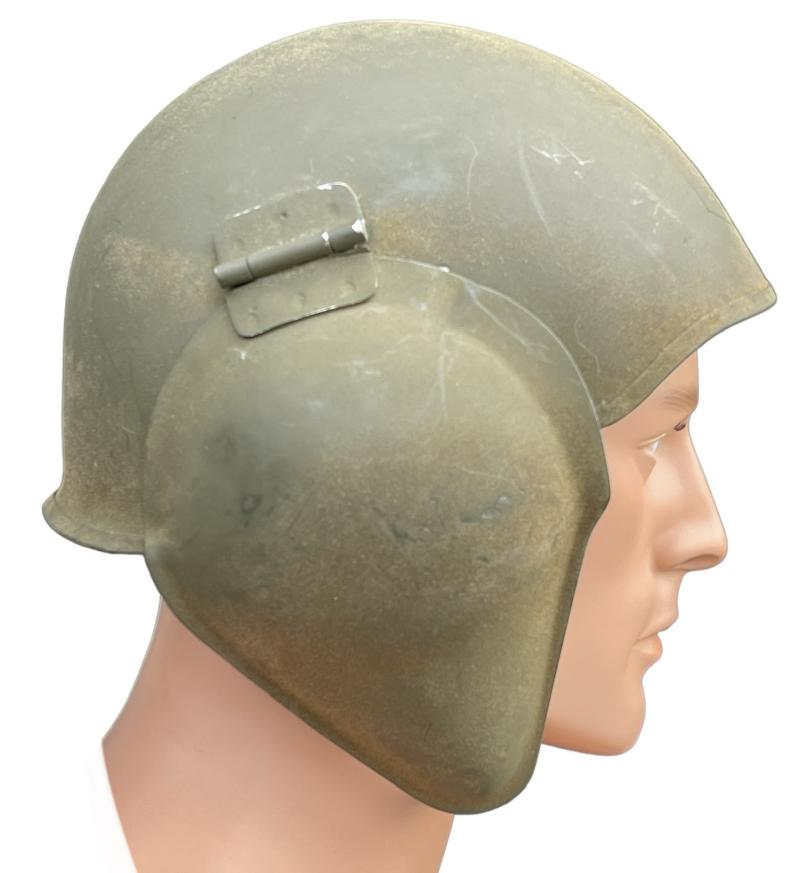 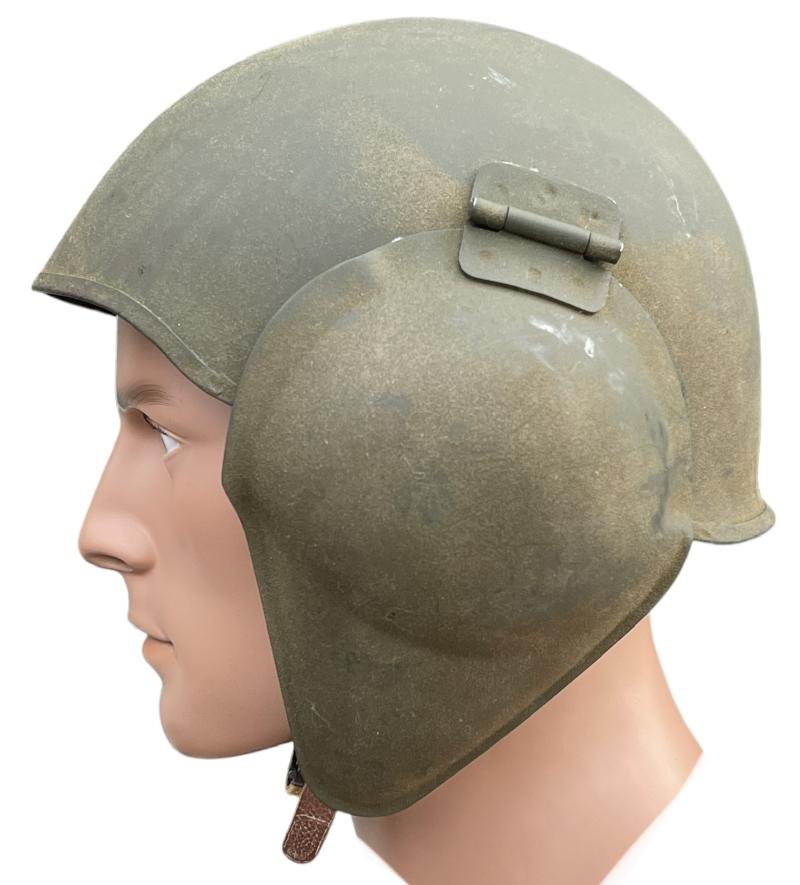 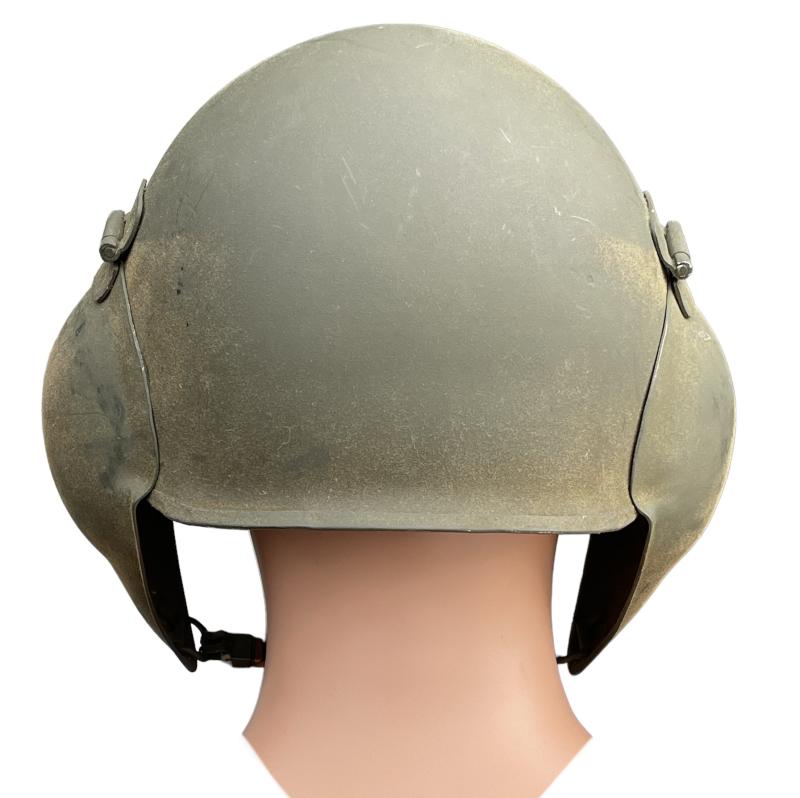 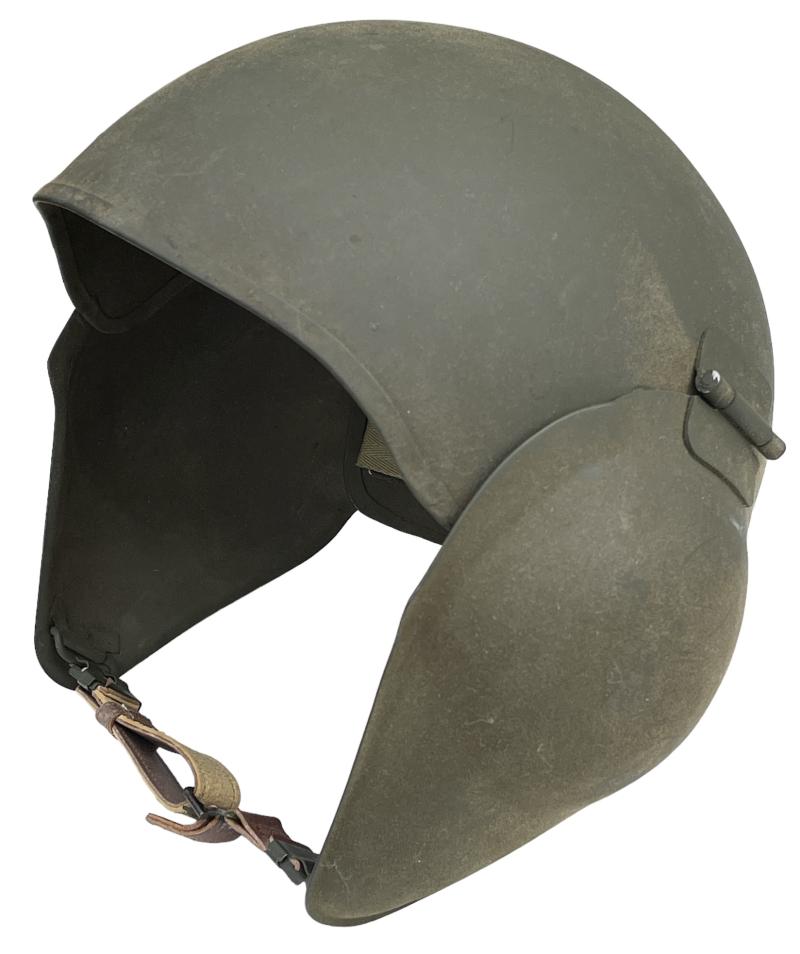 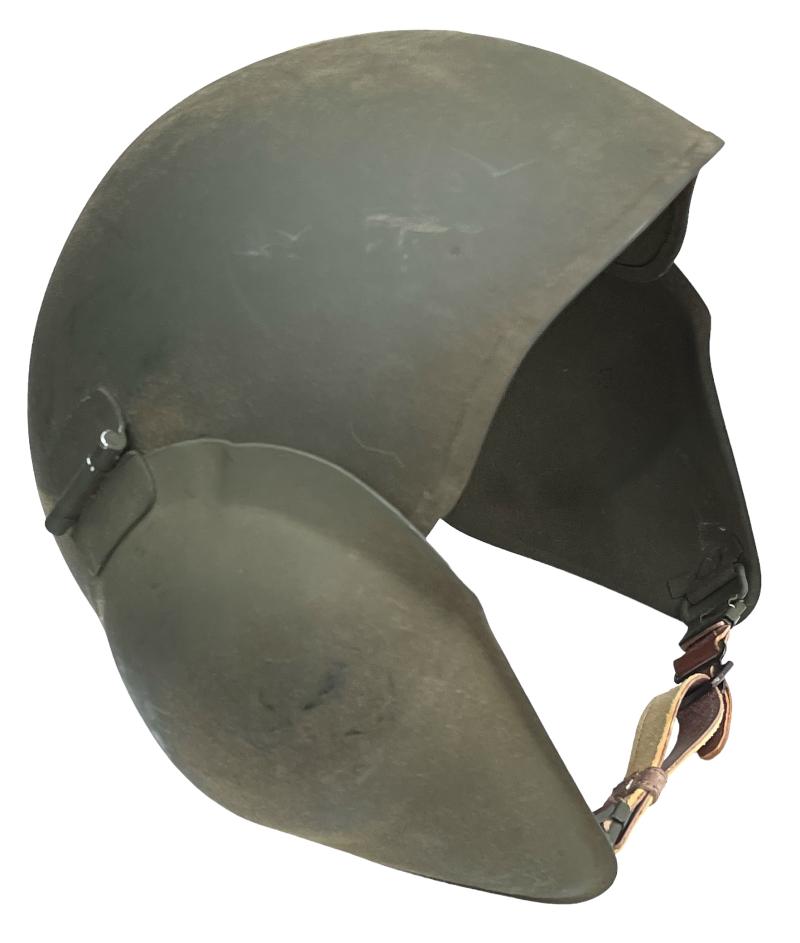 Original U.S. WWII USAAF Bomber Crew M5 Steel FLAK Helmet - Complete & Unissued
This is an hard to find USAAF WWII issue M5 Flak Helmet in unissued conditoin. It only has storage wear. World War Two American bomber crews in the skies over Europe needed something more than their leather flying helmets to provide them with shrapnel injuries, however it took a surprisingly long time for a new helmet to be developed and deployed to meet that need. Not until December of 1943 did the M3 reach the ETO, it was the first of three versions of the American flak helmet. The M4 followed, and in January 1945, this model, the M5, became the standard issue to bomber crews.
Like the previous models, the M5 is a three-piece steel helmet comprising a skull and deep hinged ear-flaps. The ear flaps were modified compared to the M3 and M4, and made deeper to provide additional protection to the wearer's cheeks. The chin straps were now clipped to swivel bales, for more easy replacement, an advancement that made its way to the M1 helmet in the post war period. They were also made of leather, as with the M4 flak helmet, and had a suede interior. The M1-style front brim was also removed. Also, instead of the M4's cloth cover, the M5 has standard olive drab paint, but it is covered with a thin "flocked" fuzzy covering, which prevents fingers and skin from freezing to the helmet surface.
Overal a fantastic helmet in very good condition.