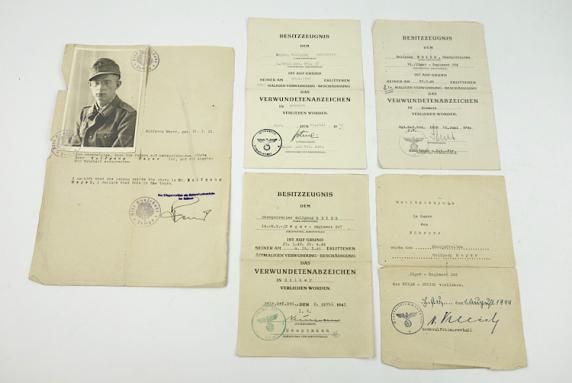 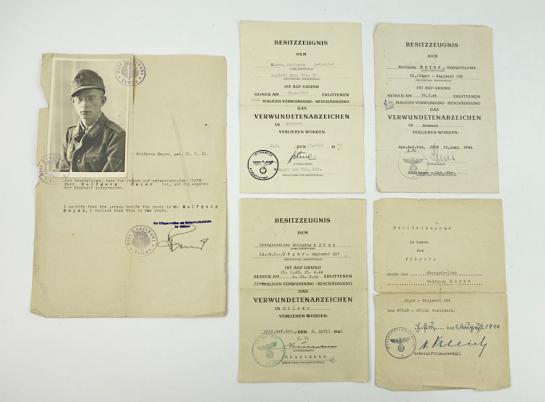 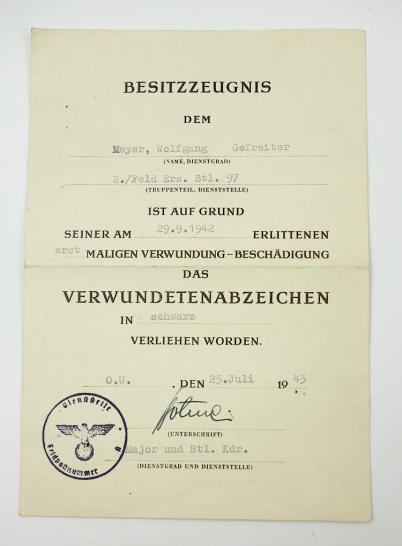 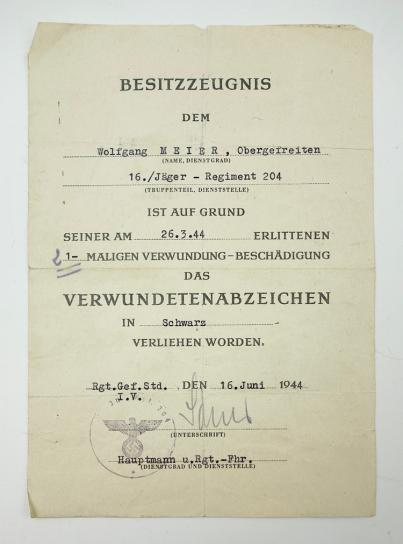 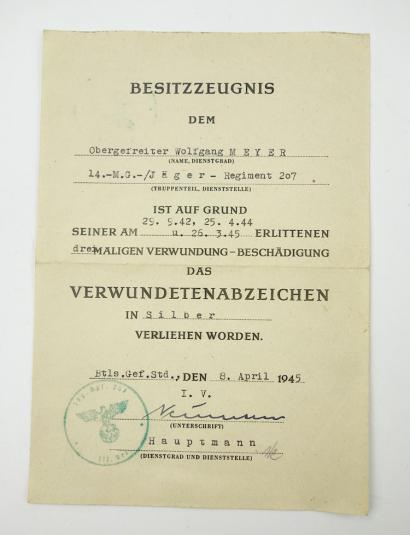 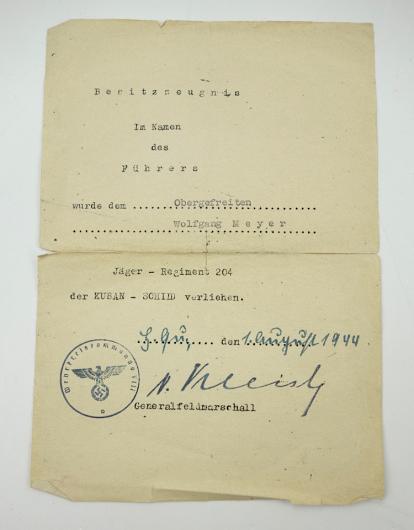 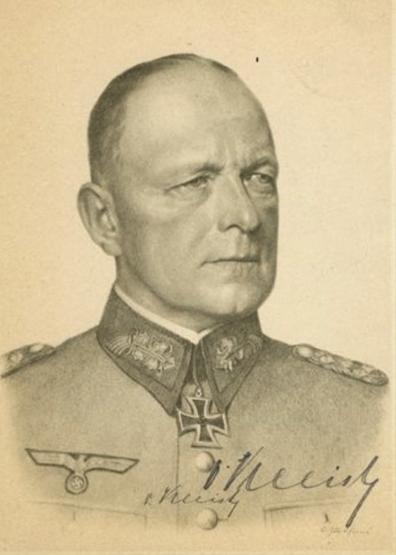 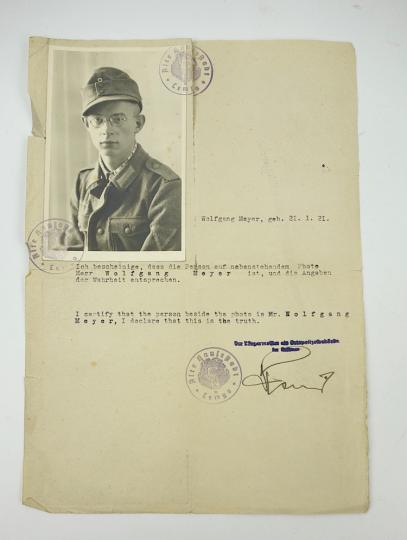 Wehrmacht Award Document Grouping
Very nice Wehrmacht award document grouping
On name of “Wolgang Meyer” who did get his first black wound badge on September 29 “1942” as “Gefreiter” in “2./Feld Ers. Btl. 97” and on April 26 “1944” his second black wound badge as “Ober Gefreiten” in “16./Jäger-Regiment 204” and his silver wound badge on March 25 “1945” in “14.-M.G.-/Jäger-Regiment 207” he also got the “Kuban” shield on the 1e of August “1944” which is signed by “Generalfeldmarschall, Paul-Ludwig-Ewald von Kleist”
There is a document with his pfotograph probably from the end of the war because its in German and in English. The document is a proof its “Wolfgang Meyer”. Overal a very nice award document grouping in used but good condition, and with a great Fieldmarshals autograph!