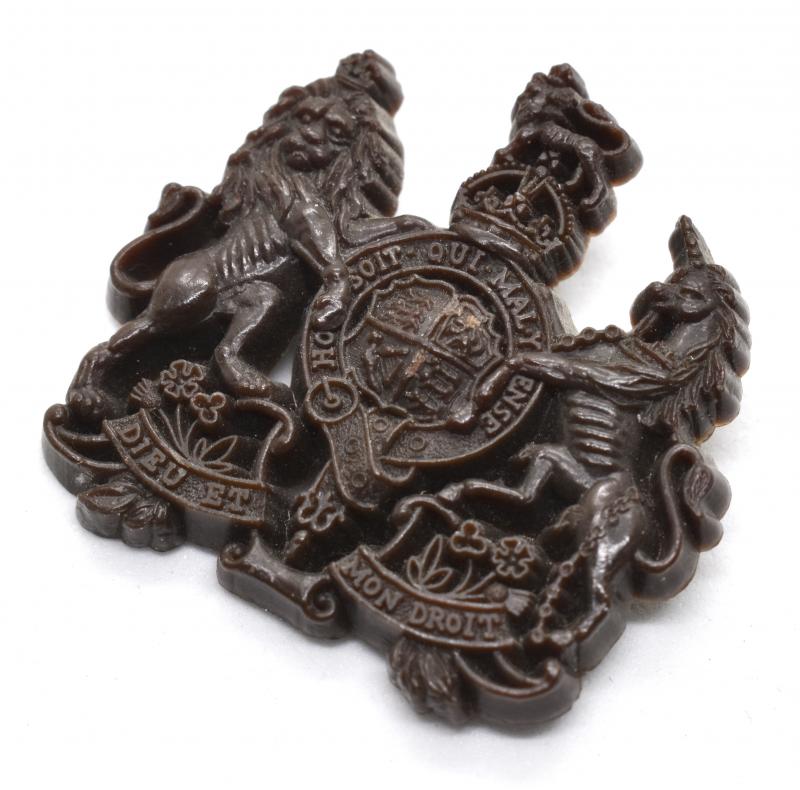 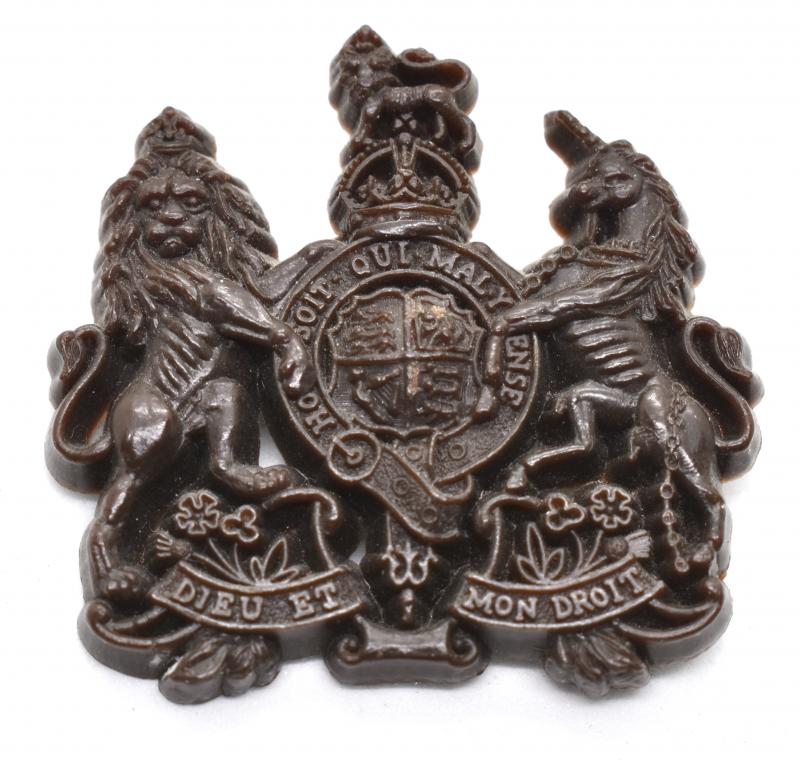 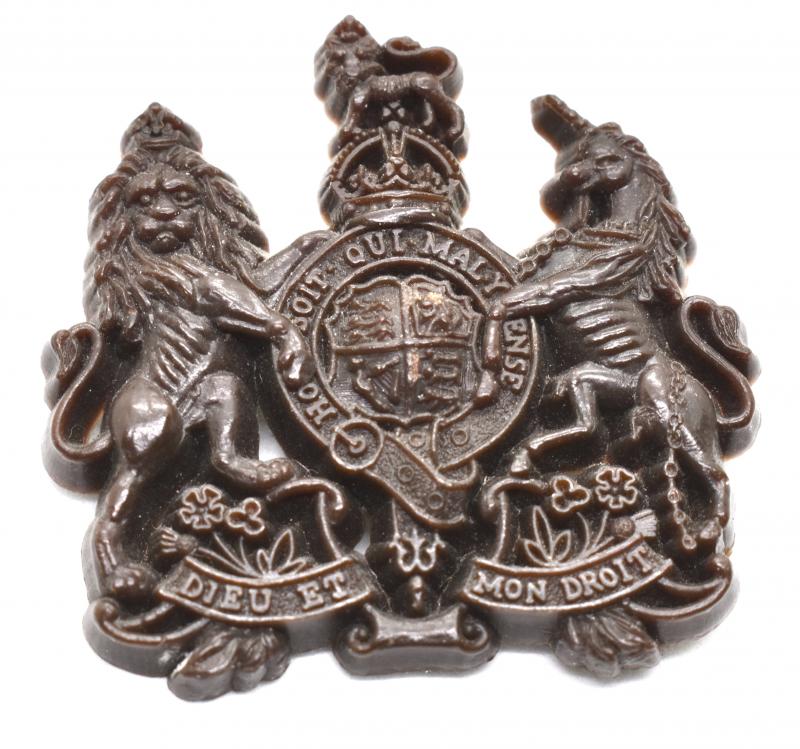 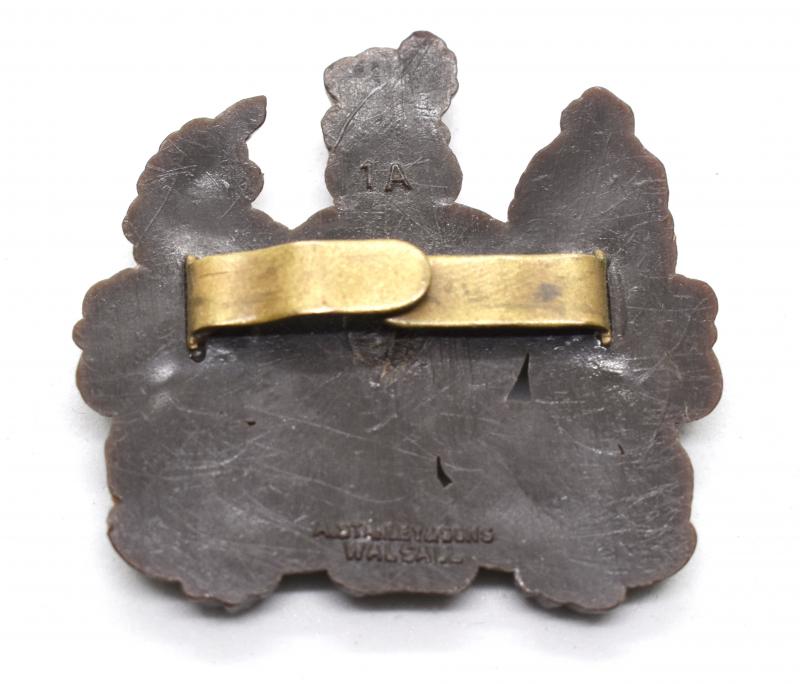 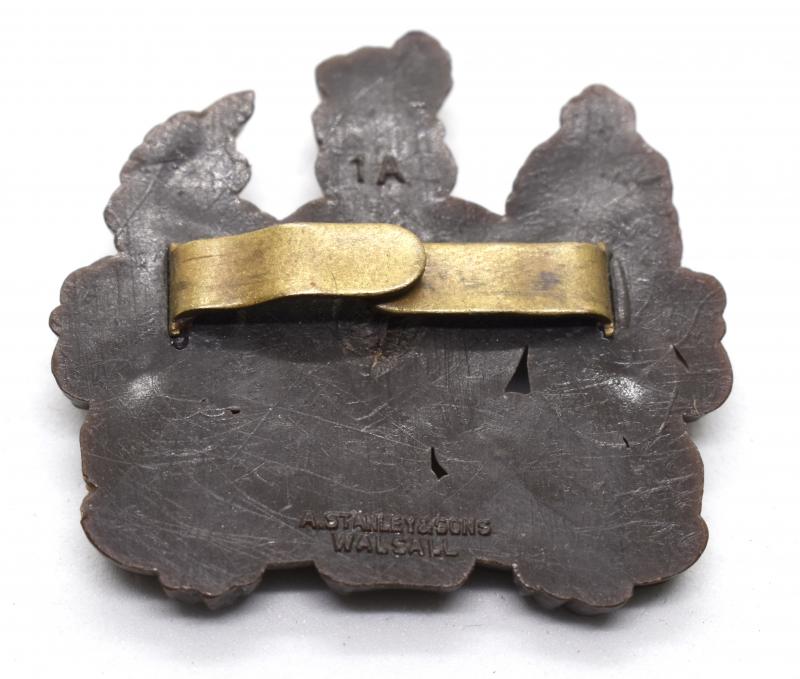 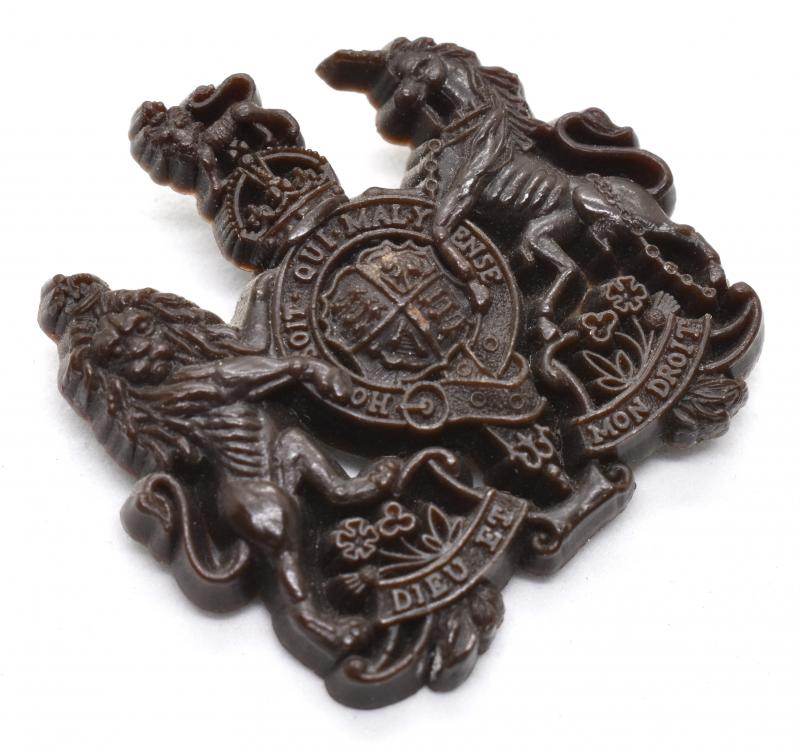 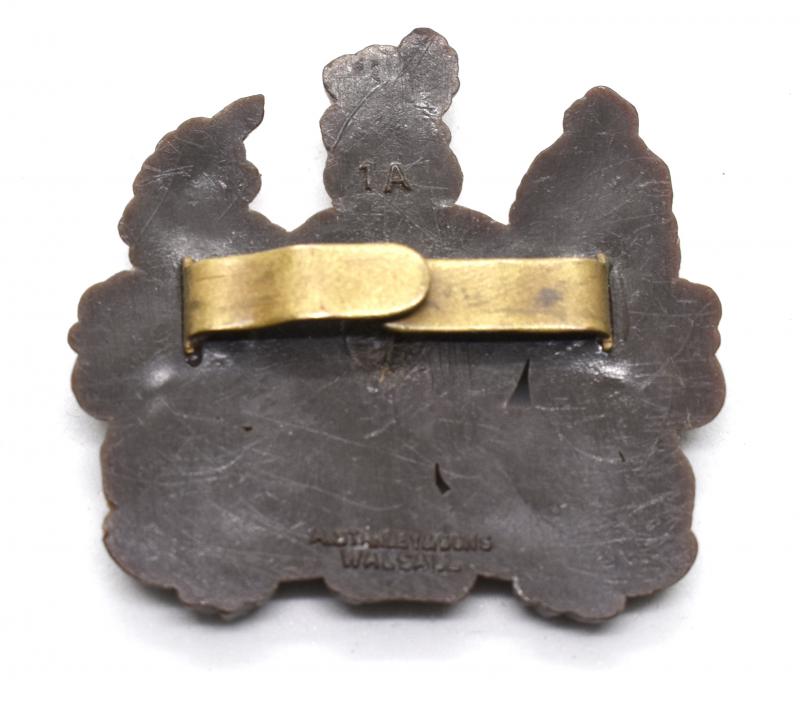 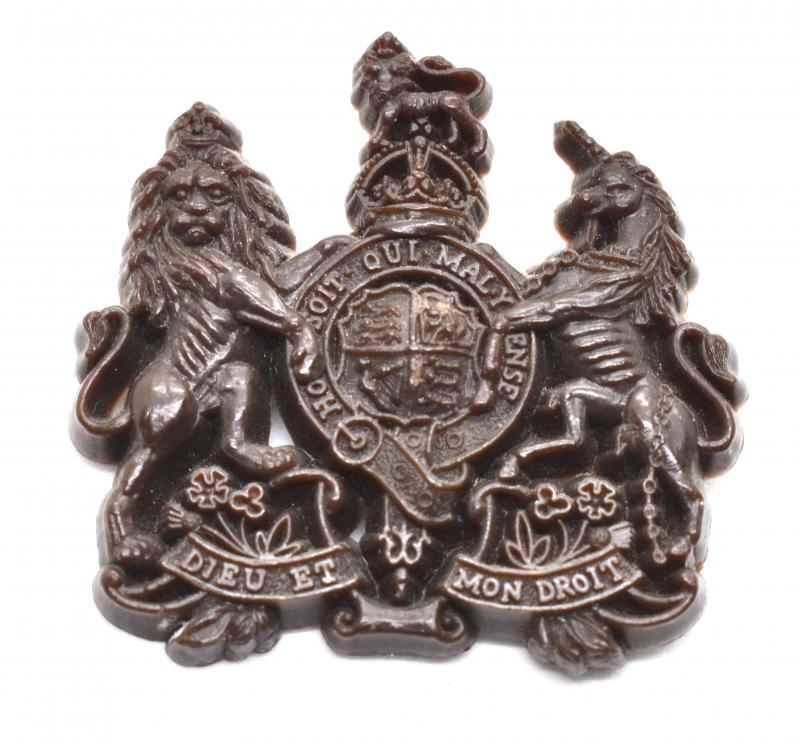 The corps was founded in 1914 at the outbreak of World War I for specialists and those not allocated to other regiments or corps. It was used for similar purposes in World War II, including for male operatives of the Special Operations Executive (female operatives joined the FANY).

From July 1942, army recruits were enlisted in the corps for their first six weeks so that their subsequent posting could take account of their skills and the Army's needs. A similar role, holding some recruits pending allocation to their units, continues today. Bermuda Militia Infantry soldiers absorbed into the Bermuda Militia Artillery before demobilisation in 1946 wore the General Service Corps cap badge instead of the Royal Artillery cap badge.
Made by “A. Stanley & Sons, Walsall”
Overal a very nice economy (plastic) cap badge in very good condition.